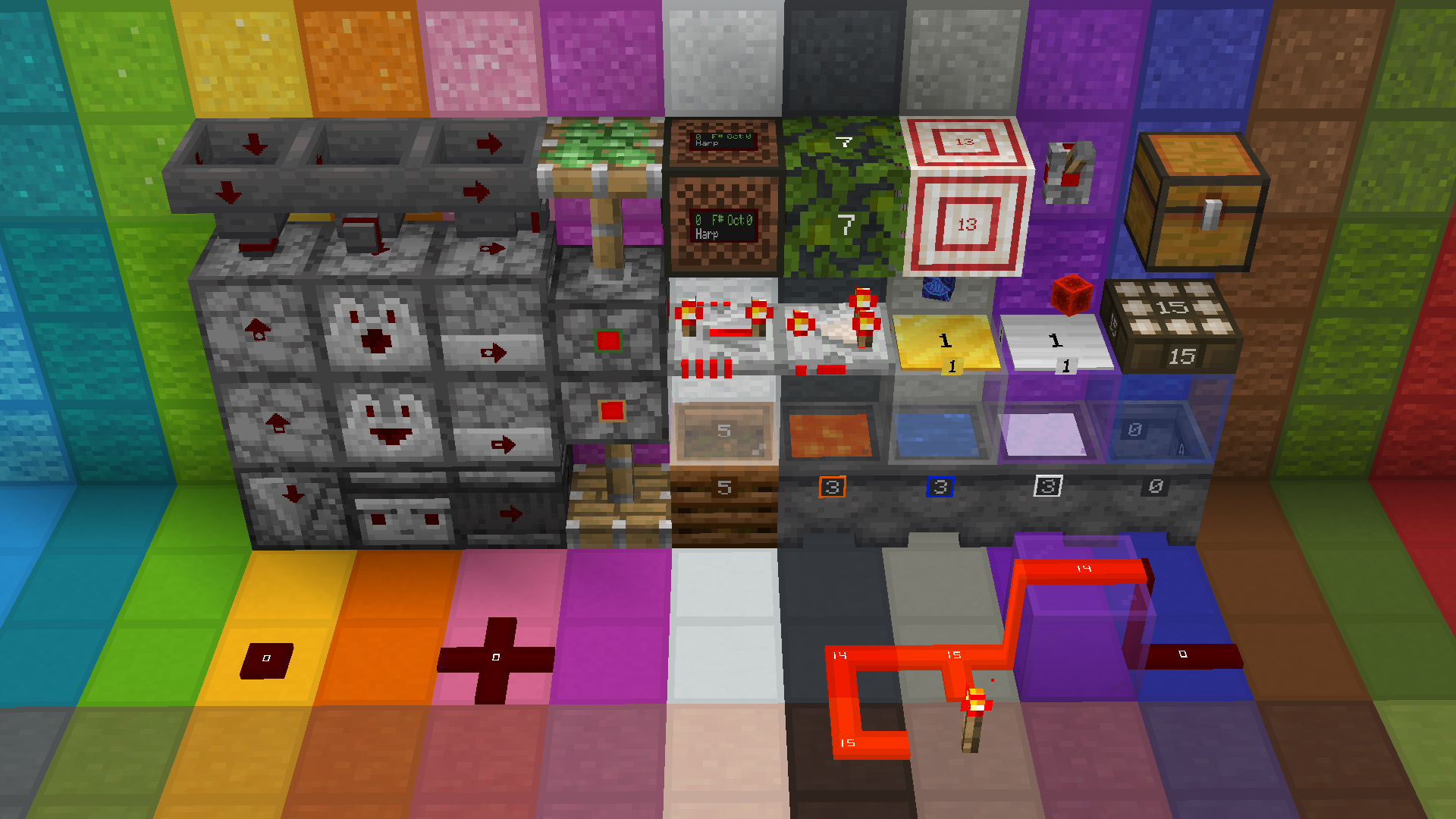 This resource pack is designed to aid in the development of redstone builds. It achieves this by visually exposing various block states such as directionality, activation, power levels, and more. It also includes some visibility improvements such as displaying redstone dust through glass and adding borders to colored blocks to make counting distances easier.

The pack is intended to be as accessible as possible. It tries to provide all extra information in an intuitive way while maintaining the recognizability of the underlying blocks. This makes it suitable for a general audience and for sharing detail rich videos and screenshots.

There are two version available, Vanilla and Extras, you only need one of them. The only difference between them is that the Extras pack includes features for displaying hopper/dropper/dispenser activation states. However, it requires the use of a Fabric client with Carpet and Carpet Extras mods installed, as well as blockStateSyncing set to true.

These blocks have arrows that indicate the flow direction of items or redstone signals.

These blocks have red indicators that are bright when active and dim when inactive.

These blocks have numbers that indicate the power level they will output to a comparator.

Borders have been added to several block types to improve countability at a distance.

The following blocks have changes that improve indicator visibility.

Fixed in next update: